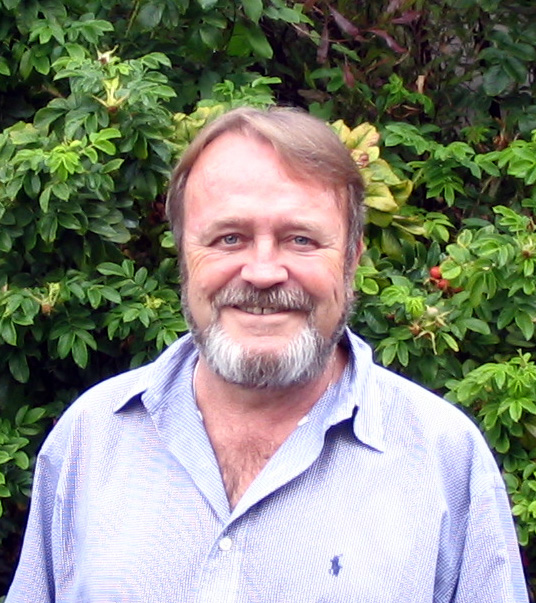 According to our recent Special Topic on underage and college drinking, the scientist whose work ranks at #8 is Dr. G. Alan Marlatt, with 15 papers cited a total of 595 times. Two of these papers are among the 20 most-cited over the past decade in this analysis. In Essential Science IndicatorsSM from Thomson Reuters, Dr. Marlatt's record includes 51 papers, the majority of which are categorized in the field of Psychiatry & Psychology, cited a total of 973 times between January 1, 1998 and August 31, 2008.

Dr. Marlatt is the Director of the Addictive Behaviors Research Center at the University of Washington, where he is also a Professor of Psychology and an Adjunct Professor at the School of Public Health.

What factors or circumstances led you to your work on high-risk college student drinkers?

Going back to the beginning, I was trained as a clinical psychologist in behavioral therapy, and I decided to do research on people with drinking problems. In 1975, I formed a group at the University of Washington called the Addictive Behaviors Research Center, which coordinates work with college student drinkers, homeless alcoholics in the Seattle area and Native American adolescents at risk for alcohol and drug problems.

We’re doing two kinds of treatment programs. One is called relapse prevention, trying to help prevent relapses or teaching people how to cope with it if they fall off the wagon. The other is harm reduction, which is the kind of work we do with college student drinkers.

Can you define harm reduction for us in this context, and how does that tie into the screening and intervention program discussed in your two most-cited papers?

Beginning in the early 1980s, we wanted to identify the risk factors for college student drinking so we could develop an intervention program, which we did. We actually had two. The first was a longer program called the Alcohol Skills Training Program and the second is a shorter intervention, called BASICS, which stands for Brief Alcohol Screening and Intervention for College Students.

The Alcohol Skills Training Program constitutes eight weekly group sessions, and our research demonstrated that it was effective in significantly reducing the amount of drinking in students who went through it, compared to controls. We decided to develop an additional shorter program, BASICS, in which a counselor meets with students only twice and one-on-one, rather then in eight group meetings. We got funding from the National Institute on Alcohol Abuse and Alcoholism (NIAAA) to develop and test BASICS. We still use the Alcohol Skills Training Program for high-risk groups of students.

The program combines harm reduction with prevention. In other words, we’re saying to people that drinking is causing harmful consequences and we give them the information about what those consequences are—physical health problems, decreased academic performance, the illegality of drinking before the age of 21, DWI problems, sexual performance problems, etc. So we go through the whole list of potential harms and then, in the second session, we help the students come up with a safer drinking plan. And if they’d like to give up drinking altogether, of course, we help them with that. But for most of them, that’s not what they want.

The counselor in this program is usually a graduate student. It could be somebody who has had some experience as a counselor, working with young people in the student health center. We also have people in the residential halls and we train them how to do the interviews. One point is that you don’t need an advance specialist degree to do the counseling. You do need specific training, which we provide.

The student comes in and meets with the counselor for two 45-minute sessions, usually a week apart. The first session is feedback and the whole interview style is very acceptance-based, non-judgmental. We don’t want to come down on people. We want to help them look at their drinking objectively and give them some feedback and some healthy recommendations. We really want them to make the ultimate decisions about what to do. It’s very collaborative.

How much of a problem is drinking among college students today?

Nationally, on average, one out of every five college students is a frequent binge drinker. That means they’re getting drunk several times a month. Fifty-five percent have had at least one binge in the last 40 days. And a lot of students die every year from alcohol-related accidents and problems. NIAAA says 1,200 to 1,400 students die every year from alcohol problems. They have issued a report called "A Call to Action," which provides all the statistics.

Is it controversial to be teaching underage drinkers how to manage their drinking better, rather than just encouraging them to stop?

Harm reduction, of course, is very controversial because the law says these students shouldn’t be drinking at all until they’re 21. So some people say that we’re only enabling students to drink by teaching them to do it more safely. You could make the same argument, though, with sex education in the schools. Abstinence based, that’s what the government wants. But if the kids are going to be sexually active anyway, shouldn’t we be giving them the information they need to do it safely?

How did the BASICS program get started and how did you test it?

We developed the program back in 1993, and had NIAAA funding to do it and then test it. We then did a random assignment study. We screened the entire freshman class at the University of Washington—about 4,000 freshmen every year. We sent them an alcohol drinking questionnaire and asked them to fill it out. If they did and returned it, they were eligible for a lottery to win a computer.

About 55% of the students returned the questionnaire. We were looking at drinking rates and problems they had in high school in the spring of their senior year – after they learned they’d been accepted here. We then asked the top 20%, in terms of drinking rates and problems, if they wanted to participate in this study. The ones who accepted were then randomly assigned to the program or to the control group. Every time they filled out a follow-up questionnaire, they would be paid a small amount so there was some incentive to be in the study. We then did the study and we published a manual that describes the whole BASICS study, so programs in other universities who want to do BASICS can read about it; everything’s in there, including the questionnaires and the assessment forms.

You said the counseling and interviewing is nonjudgmental. What did you mean by that?

It’s a particular type of interviewing called motivational interviewing, developed originally by Bill Miller in New Mexico. It is particularly good at enhancing motivation among people who are not sure whether or not they can make the necessary changes to improve their lives—in drinking habits, for instance. You go through the pros and cons and help them come to their own conclusions. So it’s really their decision rather than the interviewer telling them what to do.

And what did you report in your two most-cited studies—the two-year and four-year follow-ups of the study?

We found that there were significant reductions in drinking rates—in how much people were drinking, in binge drinking, in particular, and in the drinking-related problems. We used a questionnaire called the Rutgers Alcohol Problem Inventory, which has been used a lot in colleges around the country. It looks at things like blacking out, aggression, fights, impaired academic performance—all these kinds of problems associated with drinking. And we found in both our studies significant reductions, in fact more in drinking problems than in drinking rates, although rates went down, as well. When students drank, they wouldn’t put themselves in the position where they might then drive, or have fights. They made safer choices. They still engaged in the behavior, but they reduced the risks.

The four-year outcome study found that the results were still significant. Even that far out. You have to remember that the subjects were 17 and 18 years old when they came into the study and we were following them into their early 20s. It made a difference for them; they continued to benefit from the program.

The studies have been highly cited, certainly, but were they influential outside the literature itself?

Since we published those reports, the government has been saying that BASICS is a model program. The Substance Abuse Mental Health Services Program ranks all these programs. They review all kinds of college student drinking programs and ours came out right at the top. I think BASICS is now being used at about 2,000 universities. We’re constantly asked to go out and do training. In fact, we have a full-time trainer, who goes around the country to different colleges and teaches them how to do BASICS. Nothing else seems to work as well for college-aged drinkers. Trying to get people to just say no, especially at that age and in the college setting, is just not very effective.

How has your research evolved in the years since you published the two follow-up studies on BASICS?

Well, we have a big group here. Some of us are still doing work on college drinking, seeing if we can put BASICS online as an effective internet-based program. We’re comparing the internet-based version with the one-on-one in-person program. So far the results look pretty good. But, as with most counseling, if you have a good relationship with the counselor, it makes a big difference.

I’ve personally gone on to work on abstinence programs for people with serious drug problems, trying to integrate mindfulness meditation with relapse prevention. We have a grant from the National Institute on Drug Abuse to evaluate this program and compare it to more standard approaches. Again, we’re getting positive results. It seems like meditation can help people with addiction issues deal with cravings and urges.

What would you like to convey to the general public about your work?

What we’re trying to say is that if you have a son or daughter going off to college, the chances of them having a drinking problem go up, as they do for everybody. So what’s the message to give here? What we say is that the situation is similar to learning how to drive. All young people want to drive; they want their driver's license, and we know that driving, particularly for young people, is a very high-risk activity. So we have driver training programs. We teach people all they need to know about cars, about speed limits, driving laws, and before they can get a license, they have to show that they can perform adequately. They have to pass a driving test.

We say that drinking is similar. Young people want to do it; it’s a mark of adulthood, of freedom, being able to choose what you want to do. But we don’t give any training. We just say don’t drink until you’re 21, then drink if that’s what you want. It’s crazy. We don’t prepare them at all. What we say to people is that even it’s though illegal for your son or daughter to drink before they turn 21, they’ll likely do it anyway, so they should learn what they need to know to keep them safe or safer.